Get fresh music recommendations delivered to your inbox every Friday.

by This Glass Embrace 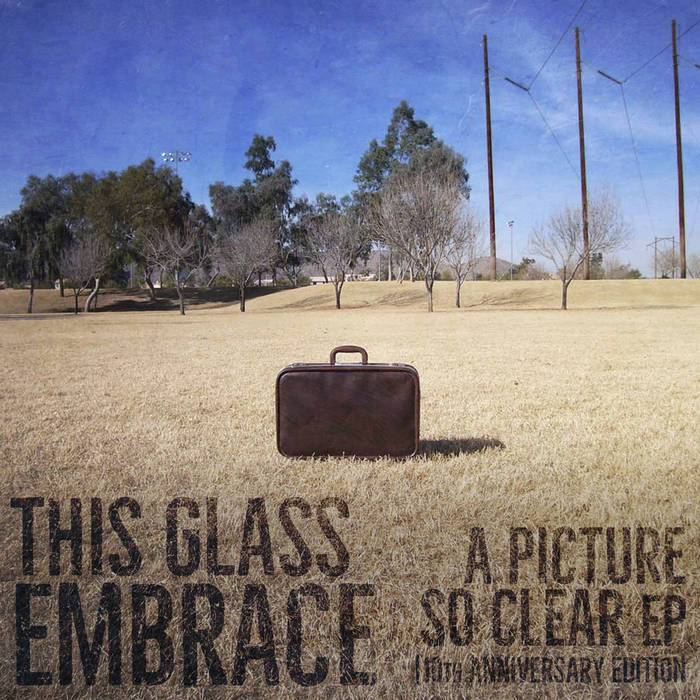 The "A Picture So Clear" EP was the first thing we ever released that had the words This Glass Embrace on the front, and a picture of us on the back.

After a couple of out-of-print solo albums and a revolving cast of collaborators, we finally had a permanent lineup and an actual band name. We had big, big plans for our debut full-length - a colossal eighty-minute concept record about love and loss and a semi-haunted house, with experimental noise interludes and string orchestras and four (!) hidden songs. But we also knew that album would take a while to create. (It ended up taking over a year.)

We were excited about our new lineup and new sound. We wanted to release something NOW.

Enter "A Picture So Clear", our four-song introduction to the world. It had one song that we knew would eventually be the first single on our future record, and three non-album tracks we were still pretty proud of. We were a new band, in a new project studio, learning to write and play together. It was pretty great.

As little as any of us can believe it, we've been a band for over a decade now. As the ten year anniversary of this first little EP loomed, we thought we should get those first songs cleaned up, mixed and mastered a little better, and add some bonus tracks from the same sessions that have been either impossibly rare or straight-up unavailable for years.

So here it is, our first ever "anniversary edition" of an album. The original four songs (polished up quite a bit), a couple of top secret interludes, an acoustic jam, and one totally unreleased track almost no one has heard before.

Do we sound pretty young? Yes. Are our newer songs better, by almost any conceivable measure? We'd hope so. But we're proud of this EP, and the ten years that followed. Here's to the next ten.

Bandcamp Daily  your guide to the world of Bandcamp